Have You Noticed Yet? The World is Getting Dumb

I saw the other day a short YouTube video. I laughed with tears and then I thought about it and I did not know if to laugh or to cry.

It says: “Did you ever notice how many stupid people surround you? If you didn’t then you might be one of them in which case you can turn off this video and carry on with your life. It’s no secret that morons and idiots are the majority of the world’s population.”

How did we get here?

Many people want to grab a structure that’s offered to them, good or bad, getting results or not, and pull it around them and sit there like a rat in a cage. They want to go from A to B to C and feel the certainty of knowing it works every time. And most importantly they want to be told exactly how to do A and then B and then C.

But tell somebody “Use your own mind to think for yourself, learn how to find new solutions for new times, learn to change what does not work anymore” and say you want to teach them how to do that and they’ll say, “What’s the system?”

You say, “NLP. It tells you how your mind works, it shows you how to protect your mind from unwanted limitations and fears and anxiety and a big host of negative emotions, so you can think for yourself and really be successful.”

“Really, but why would I want to do that? I don’t know what you’re talking about”, they might say. “I do think for myself.”

“But did you notice” you say, “that your thinking is exactly the same as your mother’s, neighbor’s, co-worker’s, and everybody else’s?”

“I don’t understand” they say.

“Exactly!” you say. “That’s where we start. I say something and you don’t understand. Then we have a chance of changing something.”

You lost yourself. You are a not-you. Your individuality has disappeared. You are just a replica of several million other people just like you. A copy. A biological machine. Not an original.

“We don’t think in this way in our family” they might say scratching their heads.

“No, but if you learn this, you might come up with a brand new way of thinking with new solutions and new ways of being successful you never dreamed of.”

“But,” you continue, “I don’t really expect you to understand now.” When you do think for yourself, you don’t need anybody else’s system to tell you what to do. Courage, intelligence, skill “all seems to be there. They’re part of you. And so much more.” The notion of lack and unfulfilled dreams, self-denial and lack of self-confidence will become a joke. They’ll be gone.

“The words creativity and success will be what you embody, and then you can finally take off and discover that your mind does not particularly like to be manipulated into despair and mediocrity. It does not like to sit around looking at non-possibilities. Up to you!” 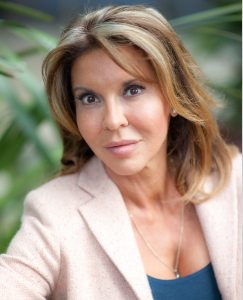 Has anyone else ever noticed that if some people don’t understand something that people then jump to the conclusion that the subject is just not true? Wrong even!

Haven’t you ever NOT understood something and because you didn’t understand it that then you decided for yourself that it’s must not be true? What was that??

I mean… really guys, come on! Does it really hurt that much inside to think or even find out a little more before deciding it must be false?? Throwing the baby out with the bath water and then thinking… hang on a moment… I’m sure I had a child here just a moment ago!! Sounds silly doesn’t it??

Some people really do this!

Have you ever learnt something from somebody you didn’t like before? Ever believed in something even though you know it’s false?? Santa? Easter Bunny? REALLY I mean come on guys!!!! Do you sell the Easter Bunny & Santa to your kids even though you know it’s false? Sure they can be symbolic but how many parents explain the symbolic teachings to their kids?

Think, even if it’s just for one moment here. The sun does not rise, the planet spins! How many people still believe the sun rises and sets?? If you think it’s just fun and games then may be that’s all its is, may be it’s not, even though you’d like to think it’s all just a fun game!

Here’s a real fun game – think about this; if people knew who they really were they wouldn’t waste one more moment being whom they’re not, would they! And… even if they did, that would be okay if it was for just a moment and then got on with being and thinking for themselves, wouldn’t they? You’d think so, wouldn’t you!

Thinking comes at a cost!

You might have less to say because the groups in minority have less people to identify and communicate with! I mean how popular are verifiable truths and how many people verify what they choose to believe as being true?

If you have less people to talk with about real concerns and therefore are able to say less and less as you grow, then you might be onto something good!!!

Thinking isn’t something that just happens because you’re human, it’s not a given process that graces mankind because of the mind! Thinking is a choice, a decision, a direction and I hope a direction of meaningful purpose to the individual! I find the cost of good quality thought is joy!

If every time you thought in good quality you actually received a payment of joy, would you think more often? How much savings of joy would you have in your account?

I mean who thought of thinking in the fist place anyway?

I said to a friend once that learning NLP assisted me to assist others in changing their personality. My friend said to me “you can’t change someones personality!” lol… I said to her; oh, so if i cannot assist somebody to change their personality, what can I do? I had to laugh! My friend said; Oh I don’t know what you can do? lol, I said… okay, so you say you know what I cannot do but you also say you don’t know what I can do? Hmmmm, no offense but did you hear what you just said?

My friend became grumpy like she didn’t want to think any further and told me to “shut up and go do your shopping!” lol. So I said to her; it looks like you just changed your personality because of what we are speaking about, what’s that if it isn’t change?? Needless to say she became grumpier towards me and I laughed.

She believed that personalities cannot be changed due to what she had already decided to be true. Do you think she could change for herself from here? It was like the mind police had locked up her ability to think!!!… Even though she was actually changing in ways she didn’t like or wouldn’t acknowledge??

Think about this… one more thought before I finish here… hypothetically… If there was ONLY mind and nothing else then thought might be the only loving thing you could do for you, for your mind! Do you think that would be true if there only was MIND?

Your mind is actually just that, YOUR MIND! So use it or somebody else will…. so STOP asking others to make-up your mind for you and decide for yourself… is good thinking something I can do OR will I leave it for others to think for me?

I’m thinking everybody can think and that thinking can lead to knowing, you know!

And remember… all things being equal… my thoughts go out to everybody equally 🙂 Don’t yours?

Amazing! Even though it is hard to accept but this is the sad reality of our world today. We are so in denial on what is actually happening nowadays, we think it is normal or good because everybody does it anyways and not even thinking that we are actually contributing to that thing that is not even RIGHT or NORMAL. The world won’t change for you. It is “YOU” who will have to change for the better. Thank you so much for this article. Really learned a lot!