Life Is About Living, Not About Worrying – Or What Does Personal Power Really Mean Part 1

The other day a good friend of mine uttered this very profound statement. It may seem that an “of course” answer would be in order.

But what does this really mean?

What does it mean to be “living”? And especially living to the fullest potential of what you’ve been given.

And yet, many people choose destitute and victimized lives.

However, there is a big difference between living life as a conscious being and living life.

You are a conscious being!

Is unconsciousness living called being alive? Yes, it is. Not much difference between my little cats and this form of living, but of course it is living!

Is being victimized living? Yes, you can also say that!

Since past lives would make a long discussion, we’ll leave it for another article (if you are a past lives believer). So putting that aside for the moment, nobody asked you if you want to be born. From a purely scientific perspective, your parents had an intimate encounter, and nine or so months later, here you are!

You Exist! You Are Alive! Now What?

Wow! That in and of itself, could be a subject of a long contemplation.

You could blame your mom and dad for it and I am surprised to see in our NLP Coaching Trainings how many of our students actually do!

You hear this more often than not – “my parents had the wrong genes and this is why I am now â€¦” And here fill in the blanks. It could be anything from poor, destitute, ugly, sick, not tall enough, not slim enough, not blond, not dark haired, bald, what have you!

Stop asking for permission when it is not required. You are alive! You are a living, breathing entity, with consciousness.

Getting into your own power as a conscious being, implies taking responsibility for your own life. And it is our experience from NLP Coaching that the people who have the most problems in life and do not enjoy living are the people who refuse to do just that.

But you see, here is the “catch-22”. The more you do this, the more you give away your power of decision over your own life, until one day you have given it all away. And if this makes you happy, go right ahead.

As time passes, the most ridiculous blame-game will get played. You will find other victims to support your blame-game. And if somebody refuses to play that game and takes responsibility for their lives therefore succeeding above and beyond the average, they must be taken down. It is called the “crab in the bucket syndrome.”

If you go crabbing and you catch a crab and put it in a bucket, the crab will crawl out of there. But if you put two crabs in the bucket and one tries to get out, the other will pull it back in.

The shock comes later when you realize that by this game you have no more right to complain that things are not to your liking, because you have willingly given others the right to decide for you.  In other words, you have given away your inner power.

Real power is not “power over” by manipulation or tricks played on others. This – although superficially gratifying to the ego – leads to a subtle (or not so subtle) form of sociopathic behavior. Although perfectly explainable through the model of Values Levels originated by Dr. Clare Graves in the 70’s, and related to the neurological ability to produce less or more complex behaviors, raw power and domination is something to which most people respond negatively. It is a primary, non-evolved form of expressing the need for power.

Note: we teach Dr. Graves’ material in our NLP Coaching Master Practitioner Training. It is almost three days of teaching and therefore too long for our discussion in this article.

Real Power Is To Be Found Inside. That Is, Inside You!

Most people feel powerless. Powerless to change their destinies, their health, their relationships, their jobs and ultimately their lives. And they feel victimized!

Surprisingly there are a lot of things you can change that are hundred percent in your power. Most people don’t know it though! We see this all the time when people come in our trainings – they believe they’re broke, sick, destitute and their current situation reflects this. And they believe they have no choices and that are stuck without any options.

There is a difference between reality and the beliefs that create it. if you’re broke and your bank account is at zero, to say that you are prosperous is to be either in denialâ€¦ Or in massive denial! You’re broke! That’s the reality of facts! And it is true!

What is not obvious is what it was that steered you to be broke. What determined your choices so you arrived at this point?

These are your beliefs about yourself, money, work, etc., your values, attitudes and many other things that have determined your conscious and unconscious choices that brought you here – broke!

And it is such a joy to see people discover that not only there are choices, but these choices are in their power. They were there all along but their old beliefs about themselves did not allow them to see those choices. You read and hear all the time on NLP blogs about how many people have indeed changed their lives. Just by changing inside – getting in touch with existing (but unused) abilities and capabilities that are there and were there all along but were not accessed before and now they are.

So, my point here is that in order to live a full life, a really fulfilling life the first thing that has to happen is to begin to take responsibility for it. And responsibility is something that most people refuse categorically to assume. You see, it is harder than putting the blame somewhere else.

The sad story, folks, that there is a trap here that might make you think twice. There are a whole lot of people out there who would love for somebody else to tell them what to do, every day, every hour and every moment, because they believe they don’t have the will power to do it on their own every day.

It is a nice way of not assuming responsibility and a lousy excuse for not living life on your terms as a conscious being. “I am too weak”, “I don’t have the will-power, it is nothing I can do by myself”. “You do it for me!”

First of all, these are limiting beliefs about self, which can disappear with Time Line Therapy®. These people have bought into what they have been told by other well-meaning people in their lives.

They have accepted these beliefs. And from their stand-point they are right. If they believe they can’t, this is their truth. They don’t know what it feels like to believe otherwise. So they are not to be blamed for their beliefs. But even they can do something to improve that, and it is as simple as making a different decision.

We’ll see specifically how it works in part two of this article.

Until then, be well. 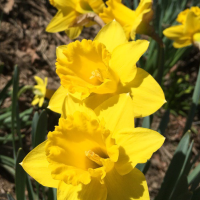 Thinking cost nothing, acting will cost you from your dollar.
🙂